Architecture diagrams should be code

For the past few years I’ve been the most senior developer on my teams in Atlassian, in both position (Principal Engineer) and time (almost 9 years) - this means I usually take on the responsibility of managing our software architecture.

When my previous engineering manager joined the Atlassian Marketplace team, he asked everyone to draw an architecture diagram. Each came out extremely different. The people focused on frontend had things like Jira, Embedded Marketplace, Commerce, Provisioning, Atlassian Connect, then an arrow to a huge box - just labelled Marketplace backend. 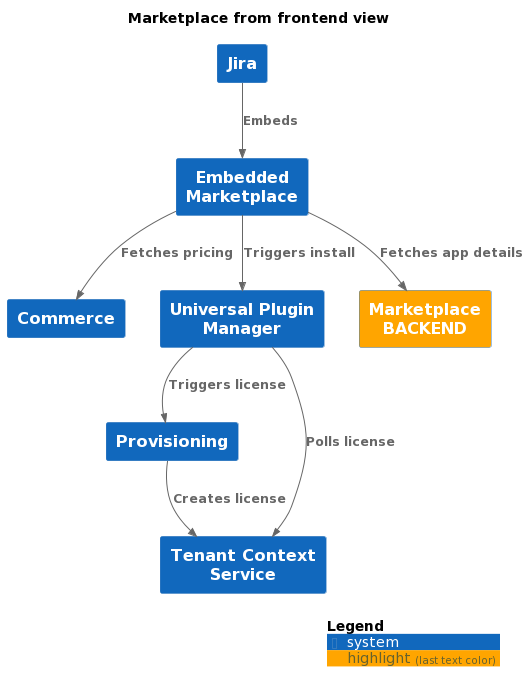 The people focused on backend had the reverse - a huge box just labelled frontend! 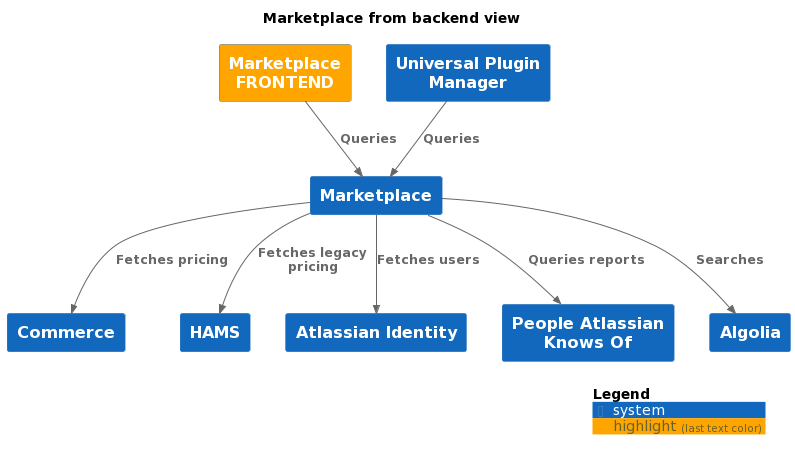 Most diagramming tools require you to use the mouse, pointing and clicking and dragging and drawing. They can be very fiddly and even buggy; e.g. there’s one architecture diagram for Atlassian Marketplace with an old outdated box that can’t be deleted using the software it was diagrammed in, it just won’t allow that, for some reason.

If someone adds a relationship to a new system, will they even remember to visit the Confluence page to click and drag and draw over the architecture diagrams?

We can also add some formality. Instead of modelling things with lines and boxes, we can directly model systems and relationships.

There are a bunch of tools for using C4. There are two which you might have already used for other things, such as PlantUML and Mermaid. One of the above images was generated from this PlantUML code:

But instead of writing PlantUML, I use Haskell to model architecture. A simple example would look like:

And the Haskell library can spit out PlantUML from this model. There’s a few checks which can be implemented on this model, e.g. do any components reference systems which their container doesn’t?

Going further into code, most systems have a consistent way of communicating with services. Atlassian has a Service Proxy to handle common service to service communication. When configuring Service Proxy, you give it a list of services that your service depends on. We can easily write some Haskell which takes that configuration and spits out a C4 Model, allowing us to create a bunch of diagrams. 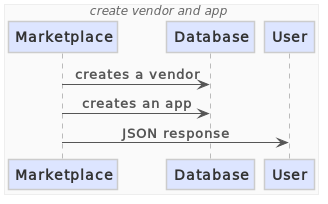 I’m pretty convinced that we should be using code to generate architecture diagrams. Code allows making quick changes. Architecture code can be versioned with the code which implements it. We can write algorithms to check our architecture. I’d like to see more tools available to describe architecture as part of code, allowing us to generate as many diagrams as we want, for accurate and easy communication.

Do you use code to diagram architecture? Do you do something other than just write PlantUML or Mermaid, by hand? I’d love to hear more!

Please enable JavaScript to view the comments powered by Disqus.